[Intro: samples from &quot;I'd Find You Anywhere&quot;]
For you baby, I'd find you [4X]
You wouldn't get far

[The Game]
I done been around the world, been around the block
Been around hoes that f***** Biggie and 'Pac
Like Rita Guerrero, ass took her to the top
She'll give you some brains you let her throw up the Roc
Let her put on your chain, she'll throw you some c***
Picture that like Meagan Good and Jamie Foxx
Hype said it's a wrap, she still on the set
Puttin oil on her likes like she Gloria Velez
She was (Eye Candy) in the XXL
Hopped off the page and on a skateboard with Pharrell
I knew she {&quot;wouldn't get far&quot;} cause five hundred dollars
can't get you that {&quot;far&quot;} how you get that {&quot;far&quot;}
And all these new video b****** tryin to be Melissa Ford
But they don't know Melissa Ford drive a Honda Accord
She a video vixen, but behind closed doors
She do whatever it take to get to the Grammy Awards
Ha ha 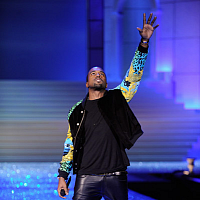 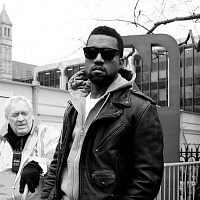 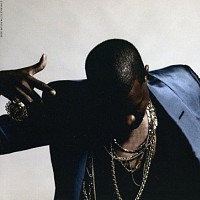 [Kanye West]
For you... uhh..
Pop quiz, how many topless, black foxes
did I have under my belt, like boxers
Not to brag but, if it add up
One, two, nigga that's mad nuts
Game you mad nuts, how you gon' call out all these
b****** knowin damn well they gon' call me?
The only dream, of that ghetto prom queen
was to make it to the screen, maybe get seen
Maybe get chose by a nigga from my team
Head so good he don't ask for a pre.. nup
Now ask yourself this question, umm
Would you be with Jay-Z if he wasn't C-E-O
Would you be with F-A-B-O if he drove a Neo
Would you ride with Ne-Yo, if he was in a Geo
Well why the hell you think these b****** comin at me fo'?
But since they all fall in my palm, I take a trio
Yo
[Chorus - sub &quot;mouth closed&quot; for &quot;legs closed&quot;]
[The Game]
I done had my share of b****** with long hair
Short doo like Kalissa, Halle in &quot;Boomerang&quot; yeah
I been around the block in the Bentley drop top
In Miami Beach when Lil' Kim was f***** ith Scott
I got the scoop on Hoops, whatever the case
She'll let you spray in her face long as she Bathing Apes
And ain't nobody tryin to take Beyonce from Jay
But I know a b**** named Superhead he f***** back in the day
The things niggaz do when pussy sittin on they face
Stabbed Un in the stomach
She must have had a pussy like Wonder Woman, on that superhero s***
Fly as Gabrielle Union in the back of my six, fo'
Impala, forget the double D's
I put 'em right in your face like that model b**** Takara
And she ain't win the show but she ridin in that Galata
That's why I f*** 'em today and forget 'em tomorrow
[Chorus]
[The Game]
God damn! Y'knahmsayin?
I'm sittin back watchin Kanye video
And I see the same b**** that was in the homeboy Busta Rhymes video
Then I flip the muh'f***** channel
Checkin out my uncle Snoop Dogg video
And I see the same B****, that was in my video! Y'knowhatI'msayin?
And then y'knahmsayin, to make that even mo' f***** up
I'm watchin Oprah cover Hurricane Katrina
I see the same b**** on Oprah, floatin away on the hood of a Camry
That was in the nigga Lil Weezy video!
I mean D***! Everywhere I look
Everywhere I go I see the same hoes
Don't get mad, I'm only bein real
Yeah