You motherfuckers better do your job and roll up and watch how we roll up and
I can't control it, can't hold it, it's so nuts
I take a sip of that yak, I wanna fuck
I take a hit of that chronic, it got me stuck
But really what's amazing is how I keep blazing
Towel under the door smoke until the days end
Puff, puff then pass, don't fuck up rotation
Hpnotic for Henny, now nigga that's your chaser
Turn nothin to something now pimpin' that's a savior
Best things are green now pimp and get your paper
High off the ground instead of skyscraper
Too low thinkin' we local, come on homie, we major


We major (come on, homie, we major) [repeat]
Feeling better than some head on a sunday afternoon
Better than a chick that say yes to soon
Until you have a daughter, that's what I call karma
And you pray to god she don't grow breasts too soon.
Projects to' up, gang signs is thrown up
Niggas hats broke off that's how we grow up
Why else you think shorty's write rhymes just to blow up?
Get they first car and then IRS show up
He ain't never had shit but he had that nine
Nigga come through flickin' and he had that shine
Put two and two together in a little bad weather
Gon' be a whole family on that funeral line
Ask the reverand was the strip club cool if my tips help send a pretty girl through school
That's all I want like wino's want they good whisky
I ain't in the Klan, but I brought my hood with me
fotky 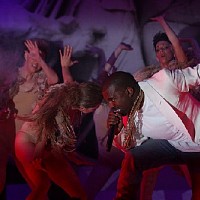 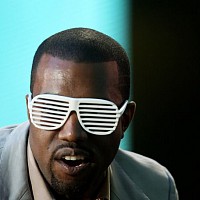 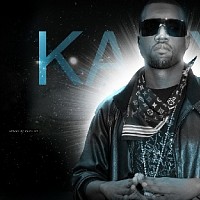 [Nas:]
I heard the beat and I ain't know what to write
First line, should it be about the hos or the ice?
Four-four's or black christ? Both flows would be nice
Rap about big paper or the black man's plight
At the studio consol asked my man to the right
What this verse sound like, should I freestyle or write?
He said, Nas, what the fans want is Illmatic, Stillmatic
Picked up the pad and pencil and jotted what I feel
Been like 12 years since a nigga first signed
Now I'm a free agent
And I'm thinking it's time
To build my very own Motown
Cuz rappers be deprived of executive 9 to 5s
And it hurts to see these companies be stealing the life
And I love to give my blood sweat and tears to the mic
So y'all copped the LPs and y'all fiends got dealt
I'm Jesse Jackson on the balcony where King got killed
I survived the livest niggas around
Lasting longer than more than half of you clowns
Look, I used to cook before I had the game took
Either way my change came like Sam Cooke.
Feeling better than I ever felt before today
Like better late than never is orientation
Still we can make it better throwing all your cares away