[Verse 1]
Spit it till you say lil West’s a little beast
And make the middle west blow like the Middle East
PEACE
Peace, couldn’t afford the S-Class
So I had to cop the baby mama benz JEEP
We’ll put 50 I get this on the first take
But that 50’ll break the bank
Back when my ATM was crazy slim
Had a girl nickname sprewell cuz when I tried to stop
She still made me spend
Back when Avies was in, my dog crazy kid had eighty of them
It’s time to hit the dance floor get crazy again
And get that +CashMoney+ like Baby and Slim
Pull up in something tinted, so tinted she squinted
She said “This car real old”; I told her it was vintage
And I need to hit the health club
And get a girl that’s into the fitness
Tryin to get into the business, Imma make her my apprentice
Make her open wide like she made me her dentist
And let me get insiiiide


[Chorus]
Now I been hustling my whole life
Tryin to get this money up and I think I finally got it right
And I been polly’n with this one girl that claim “I gotta work tomorrow”
But tonight’s the night, so poor another glass of that good stuff
A couple more shots and I’ll be doin fine
[Verse 2]
Spit it till you say lil West’s a little beast
And make the middle west blow like the Middle East
PEACE
Please, what I gotta win 5 Grammy’s before you finally let me play Alicia’s Keys
If I cant bone, I get a clone, get her there, got her there, grab her hair
She vibin, don’t stop her there, told me that she love the Roc so much
She drove all the way to far Rockaway, for a Rocawear
More populaire, cuz I abracadabra’d my Nissan
To a car throwin the peace sign, PEACE
Damn that’s like the same line I used in the first verse
But w-w-w-wait it gets worse
I told her S-U-C-K, before we F-U-C-K
I give a F-U-C-K if your nephew’s CK
In a CL like U-C-K, that’s how you know chickens C-L-U-C-K
Im tryna find a crazy fe-male wit a cutee face
I big pimp her on the the D.L. like UGK
And then I told her
fotky 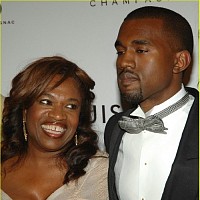 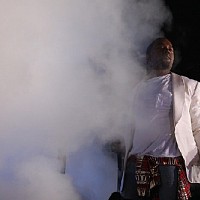 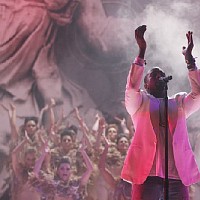