[Kanye West]
Stop all your blood claat cryin, I was flyin
Made it to school with barely 'nuff time to sign in
Yeah I hear the alarm, yeah I hear you mom
Yeah yeah I don't wan' be broke when I'm 31
They said the best classes go to the fastest
Sorry Mr. West there's no good classes, and that's what yo' ass get
Not even electives? Not even prerequits?
You mean I missed my major by a couple of seconds?
Now I'm in the shop class or the basket weavin
With all the rest of the muh'fuckers underachievin
Man, this is a insult
I went to junior high with all of them and they been slow
If I can catch the beat then slow down the tempo
Just notice at the end if I'm too late for the intro
Will I make it from the student loans to a Benz-o?
Like old folks pissin, I guess it all (Depends), oh, oh
... Stop you're cryin baby
[Chorus]
fotky 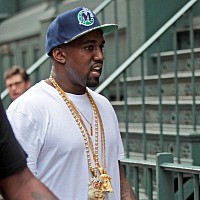 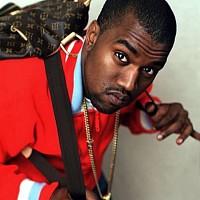 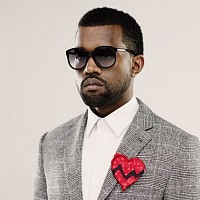 [Kanye West]
You know when you be late you miss all the lights
That's right (that's right) that's right (that's right)
And when you get back she gon' start up a fight
That night (that night) that night
Baby it's too late for that, lately I've been takin it slow
Try and make it to the party 'fore the guest list close
With the freshest hoes, the professors know
We about to get real unprofessional
Like them eskimos, what would you do for a Klondike?
Or two dykes that look Christina Milian like
Hmmm, I'll be on time for that
I ain't thought of no line that could rhyme with that
Yo, I'll be there in five minutes, five hours later
I'll be there in five minutes, go 'head ride with it
I'm so live with it, look how I did it
Been bullshittin but I finally arrived with it
I know it's late and I took all year but
You can stop complainin cause I'm finally here, yeah
"I'll be late for that" - [repeat 4X]