[Kanye West]
You sweat her, and I ain't talkin 'bout a Coogi
You a big L, and I ain't talkin 'bout Cool J
See me at the airport, at least 20 Louis
Treat me like the Prince and this my sweet brother Numpsay
BROTHER NUMPSAY! Groupies sound too choosy
Take 'em to the show and talk all through the movies
Says she want diamonds, I took her to Ruby Tuesdays
If we up in Friday's, I still have it my way


Too late, we, gone - we strivin home
Gone - we ride on chrome
It's too late
fotky 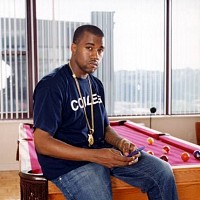 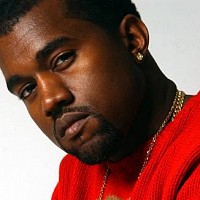 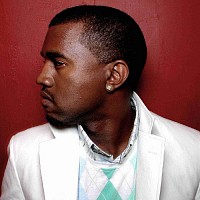 [Kanye West]
Y'all don't want no prob from me
What you rappers could get is a job from me
Maybe you could be my intern, and in turn
I'll show you how I cook up summer, in the win-turr
Aaron love the raw dog, when will he learn
Caught somethin on the Usher tour he had to &quot;Let it Burn&quot;
Plus he already got three chil'run
Arguin over babysitters like, &quot;Bitch - it's yo' turn!&quot;
Damn 'Ye, it'd be stupid to ditch you
Even your superficial raps is super official
R-R-R-Roc pastel with Gucci on
With TV's in the ride, throw a movie on
Said he couldn't rap now he at the top with doobie long
Cause the dookie's on any song that they threw me on, gone
We strivin home, gone
[Cam] I ride on chrome...
We strivin home, gone
[Cam] Killa, I ride on chrome
[Cam'Ron]
Knock knock, who's there? Killa Cam, Killa who?
Killa Cam, hustler, grinder, gorilla true
Oh my chinchilla blue, blue you ever dealt with a dealer
Well here's the deal ma we goin to the {?}
No concealin, no ceiling I don't need a roof
Act up, get out, I don't need you poof
Poof, be gone, damn tough luck dag
Dag, niggaz still doin puff puff pass
Pull the truck up fast and I tell 'em
Hey, back in a touched up Jag, shit
Y'all niggaz want Killa Cam, cerebellum
An old man just gon' tell 'em (too late, he, gone)
Then I see how y'all gonna react when I'm (gone)
My last girl want me back then I'm on
Fine stay, you got the grind hey
Came back, read what the sign say (too late, he, gone)
Yes I know you wanna see my demise
Yeah you church boy actin like a thief in disguise
Ain't leavin my side, see the greed in my eyes
Ask Abby y'all hustle for a week to the Chi, shit
And that ain't leavin alive, please believe me
Gave Weezy a piece of the pie, and
You can ask George or Regina
The whole Westside I explore with the Beemer now
We strivin home, I ride on chrome
Listen homeboy move on
That's your best bet, why's that?
Cause
[Consequence]
Uhh, uhh, yo, yo
I been pourin out some liquor for the fact that my pal's gone
And tryin to help his momma with the fact that her child gone
And since we used to bubble like a tub full of Calgon
Guess it's only right that I should help her from now on
But since they got a foul on, what coulda gone wrong
Now they askin Cons, how long has this gone on
And maybe all this money mighta gone to my head
Cause they got me thinkin money mighta gone to the feds
So I ain't goin to the dread, but he'll go on up to bed
And when I came the next mornin he was gone with my bread
And with that bein said, I had gone on my instincts
And gone to the spots where they go to get mixed drinks
But lookin back now shoulda gone to the crib
And rented &quot;Gone With the Wind,&quot; cause I'da gone about 10
But I had gone with my friend, and we had gone to the bar
And heard a nigga talkin shit so I had gone to the car
And now the judge is tellin me that I had gone too far
And now we gone for 20 years, doin time behind bars
And since I gone to a cell for some cruddy crimes
I guess I gone to the well one too many times, cause I'm gone
[long instrumental pause]
[Kanye West imitating &quot;The Show&quot; at first]
Uh-uh-uh
Uh-uh-uh uh uh onnn, uh uh-uh onnn
Uh-uh onnn, uh uh-uh I'mmmm
Ah-head of my time, sometimes years out
So the powers that be won't let me get my ideas out
And that make me wanna get my advance out
And move to Oklahoma and just live at my Aunt's house
Yeah, I romance the thought of leavin it all behind
Kanye step away from the lime-
-light, like, when I was on the grind
In the &quot;One, Nine, Nine, Nine&quot;
Before, model chicks was bendin over or
Dealerships asked me Benz or Rover, man
If I could just get one beat on Hova
We could get up off this cheap-ass sofa
What the summer of the Chi got to offer an 18-year-old
Sell drugs or get a job, you gotta play gyro
My dawg worked at Taco Bell, hooked us up plural-fied
A week later the manager count the churros
Sometimes I can't believe it when I look up in the mirrow
How we out in Europe, spendin Euros
They claim you never know what you got 'til it's GONE
I know I got it, I don't know what y'all on
I'ma open up a store for aspiring MC's
Won't sell 'em no dream, but the inspiration is free
But if they ever flip sides like Anakin
You'll sell everything includin the mannequin
They got a new bitch now you Jennifer Aniston
Hold on I'll handle it, don't start panickin, stay calm
Shorty's at the door cause they need more
Inspiration for they life, they souls, and they songs
They said sorry Mr. West is gone