[Chorus: Kanye West]
N-now, th-th-through ya motherfuckin hands
GET EM HIGH
All the girls pass the weed to ya motherfuckin man
GET EM HIGH
Now I ain't never tell you to put down ya hands
KEEP EM HIGH
And if ya losin yo high than smoke again
KEEP EM HIGH
[Verse 1: Kanye West]
N-n-n-now, my flow
Is in the pocket like wallets, I got the bounce like hydrolics
I can't call it, I got the swerve like alchoooool-ics
My freshman year I was goin through hell, a problem
Still I, built up the nerve to drop my ass up outta collllllll-ege
My teacher said I'se a loser, I told her why don't you kill me
I give a fuck if you fail me, I'm gonna folllllllllll-ow
My heart, and if you follow the charts, to the plaques or the stacks
You ain't gotta guess who's back, you see
I'm so shy that you thought it was bashfull but this
bastard's flow will bash a skull
And I will, cut your girl like Pastor Troy
And I don't, usually smoke but pass the 'dro
And I won't, give you that money that you askin fo'
Why you think, me and Dame cool, we assholes
That's why we here your music and hit fast fo'
Cuz we don't wanna here that weak shit no mo'
fotky 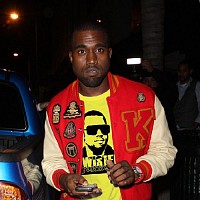 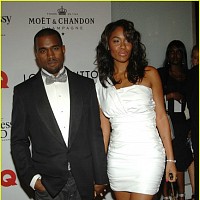 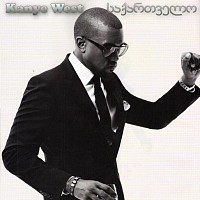