Zdieľaj
[Intro: James Fauntleroy]
What of the dollar you murdered for?
Is that the one fighting for your soul?
Or your brother's the one that you're running from?
But if you got money, fuck it, cause I want some 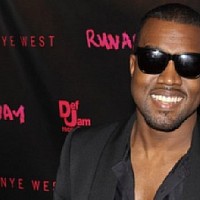 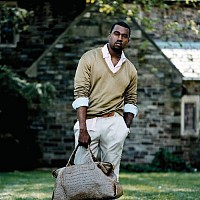 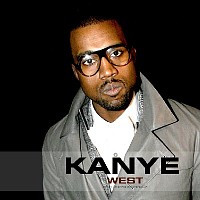 [Verse 1: Big Sean]
I tell a bad bitch do whatever I say
My block behind me like I'm coming out the driveway
It's grind day, from Friday, to next Friday
I been up straight for nine days, I need a spa day
Yup, she trying get me that poo-tang
I might let my crew bang, my crew deeper than Wu Tang
I'm rolling with... fuck I'm saying? Girl, you know my crew name
You know 2 Chainz? Scrrr! I'm pulling up in that Bruce Wayne
But I'm the fucking villain, man, they kneeling when I'm walking in the building
Freaky women I be feeling from the bank accounts I'm filling
What a feeling, ah man, they gotta be
Young player from the D that's killing everything that he see for the dough
[Hook]
[Verse 2: Jay-Z]
Yeah, I'm talking Ye, yeah, I'm talking Rih
Yeah, I'm talking B, nigga, I'm talking me
Yeah, I'm talking bossy, I ain't talking Kelis
Your money too short, you can't be talking to me
Yeah, I'm talking LeBron, we ball in our family tree
G.O.O.D. Music drug-dealing cousin, ain't nothing fuckin' with we, me
Turn that 62 to 125, 125 to a 250
250 to a half a million, ain't nothin' nobody can do with me
Now who with me? ¡Vámonos! Call me Hov or Jefe
Translation: I'm the shit, least that what my neck say
Least that what my check say, lost my homie for a decade
Nigga down for like 12 years, ain't hug his son since the second grade
He never told. Who he gonna tell? We top of the totem pole
It's the Dream Team meets the Supreme Team
And all our eyes green it only means one thing
You ain't fucking with the clique
[Hook]
[Verse 3: Kanye West]
Break records at Louis, ate breakfast at Gucci
My girl a superstar all from a home movie
Bow on our arrival - the un-American idols
What niggas did in Paris, got 'em hanging off the Eiffel
Yeah I'm talking business, we talking CIA
I'm talking George Tenet, I seen him the other day
He asked me about my Maybach, think he had the same
Except mine tinted and his might have been rented
You know white people get money, don't spend it
Or maybe they get money, buy a business
I rather buy 80 gold chains and go ign'ant
I know Spike Lee gone kill me but let me finish
Blame it on the pigment, we living no limits
Them gold Master P ceilings was just a figment
Of our imagination, MTV cribs
Now I'm looking at a crib right next to where TC lives
That's Tom Cruise, whatever she accuse
He wasn't really drunk he just had a frew brews
Pass the refreshments, a cool, cool beverage
Everything I do need a news crew's presence
Speedboat swerve, homie watch out for the waves
I'm way too black to burn from sun rays
So I just meditate at the home in Pompeii
About how I could build a new Rome in one day
Everytime I'm in Vegas they screaming like he's Elvis
But I just wanna design hotels and nail it
Shit is real, got me feeling Israelian
Like Bar Refaeli, Gisele, nah that's Brazilian
Went through, deep depression when my momma passed
Suicide, what kinda talk is that?
But I been talking to God for so long
That if you look at my life I guess he's talking back
Fucking with my clique
[Hook]