I am Festus Claus, the son of Santa
And I've got a thing for Frosty's daughter
Father says, "No way, because a month from now she'll turn into a puddle of water
This December love affair is doomed because of next month's expiration date"
We're gonna leave here soon, 'cause I'm in love with her
And I can hardly, I can hardly wait
"Son, this kind of love was never meant to be
It won't survive the changing weather"
Wynter Snowgirl, come and run away with me
So we can always be together
"NO!!! If you leave...I'll be canceling Christmas this year!"


Something's wrong here
The city's angry
It's Christmas Eve, but life is dull
Just business as usual
The crowded streets scream
Without mercy
They come and go, all work, no play
Like any other day
I can't believe my father's nerve
He's wiped it from the calendar
And nobody remembers this is Christmas Eve
(Humbug!)
No making lists and checking twice
No happy kids naughty and nice
'Cause somehow he's erased it from their memory
Kiss me under the mistletoe
And we can break the spell of Father Christmas
Jingle Bells on the radio
So help another angel get his wings
Close your eyes and I'll be your star tonight
Wynter stay, since Father Christmas took Christmas away
fotky 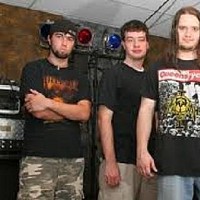 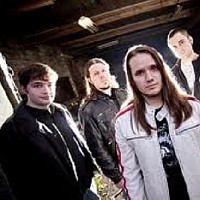 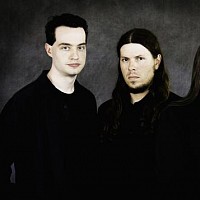 Desperate times mean desperate measures
There's only one way out of this:
A jolly elf-on-snowgirl kiss
Santa's workshop is full of treasures
Tonight we've gotta get those toys to all the girls and boys
I feel there's something in the air
From our forbidden love affair
But they could never understand
'Cause true love lasts forever
Twig in hand, just be my girl
It's you and me against the world
So come with me, and we can save the day together
Kiss me under the mistletoe
And we can break the spell of Father Christmas
Jingle Bells on the radio
So help another angel get his wings
Close your eyes and I'll be your star tonight
Wynter stay, since Father Christmas took Christmas away
Christmas, Christmas, where is Christmas?
No more sugarplums are dancing in dreams
No more stockings hung in holiday scenes
No more reindeer pulling sleighs in the snow
No more children with their faces aglow
Life goes on, but Christmas is nowhere to be found
There's no magic in the air
The people shiver in the cold
And their hearts are as freezing as the snow
"Son, you'd better stay away from that little ho ho ho
You know I saw you kiss her under the mistletoe
But if you think that that's enough to break the spell I cast
Then boy there's something you oughta know"
Dad, you can't accept the fact that Wynter's the girl for me
I'm old enough to know the ways of the family
Now you'll deny it, 'cause you try to keep it quiet,
But I know you've always hated the people of the snow
"That's a lie and you know it!"
No it's not!
"Then go ahead and you prove it!"
At Thanksgiving you said that thing that time after you had a couple glasses of wine
"Hey hey hey now, listen son, I'm telling you that's not what it's all about"
Well, what's the problem then? 'Cause we're going out!
"I'm not gonna let my son be ruined by some ice queen of her kind"
Come on, quit it, just admit it
Stop denying it, I've had enough
Snowgirl crazy, elf-boy hazy
Ain't no thinking maybe, we're in love
"You can't get away from me!
But I ain't gonna hurt ya
Got a Christmas present for you, my dear"
You'd better stay away from her!
'Cause I don't wanna fight ya
But I'll do what I have to not to let you near her
Run Wynter, run away
You've gotta make it to the sleigh
It's almost Christmas day
So run Wynter, run Wynter, run Wynter, run Wynter, RUN!
Dad, wait a minute...what are you doing with that hairdryer?
NOOOOOOOOOOOO!
And my Wynter slowly melts away
Love and innocence have died today
Oh I should've been beside her
To stop my father's hairdryer
Rest in peace, my love
Goodbye
Ain't got a lot of reason for dreaming
Now that Wynter's gone away
Tonight just doesn't have any meaning
Now that Wynter's gone away
So pour me another egg nog, mister
To forget yesterday
I tried to save Christmas when I kissed her
But Wynter's gone
My Wynter's gone away
Hey kid
Yeah, who are you?
I used to work with your daddy
I was one of his head elves once upon a time
But that was a long time ago
Before he started losing his mind
Hey, I'm sorry about your woman
But you know, true love really can save Christmas...if it's unconditional love, that is
So there might still be a way...
I know you thought that everything was hopeless, but not so fast
Just pour what's left of your girlfriend in a glass
But hurry to her before she winds up in the sewer
She's a puddle and she ain't gonna last
Wynter can you hear me? This is Festus, I missed you so
I'll be your hero, you're my princess of the snow
We're back in business, there's still time for saving Christmas
So I'm gonna take you with me, hold on 'cause here we go!
I've got your twigs and your carrot (and your coal)
My father just has to grin and bear it
Rudolph, Vixen, Donner, Blitzen, Dasher, Dancer, lock and load!
We said that love could break Santa's spell, and we were right
It's unconditional and pure as the light
The curse could never last, it was a test and now we passed it
Saddle up, because we've got a lot of presents to deliver tonight
To ride the skies in the sleigh we go
And finally the spell is breaking
Christmas lights on the streets below
All the people waking up
Up, up and away we go
There's a magic in the air
Christmas spirit everywhere
One hand holding the reindeer reins
While the other holds my glass of Wynter
Love by any other name
And I swear that I'll defend her
Ice or liquid, it's all the same
'Cause you're the only one for me
You may be just a carrot stuck in a glass of water
But I know that you're still Frosty's daughter
And I'll see you again next year
Wynter Snowgirl, I'll see you next year