In The Walls - text

A Different Shade Of Blue


Oh, I see you when I sleep
You live inside a dream
In that world I'm someone different
Someone I could never be
Mixed up in a violent wind
You were thrown to the wolves
From my hands you start to slip
I did everything I could
fotky 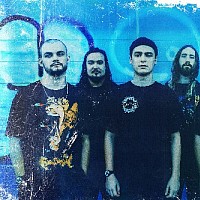 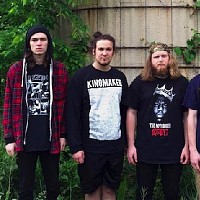 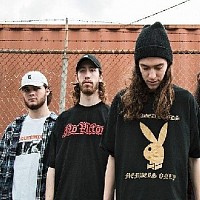 Laid flat onto the earth
Everything decays
It was just you, me, and her
All of our suffering fades
I will hold on to that memory
Until your skin turns grey
I will keep you in my walls
Holding on until you slip away
(Slip away, slip away, slip away, slip away)
Hide you in my walls
I'll hide you in my walls
"This brutal killing took place while the family was gathered at home on a Sunday afternoon. The day of the crime, the father went to the trunk of his car, retrieved the rifle, and shot his wife as she was cleaning up the kitchen after lunch. When his ten-year-old son came to investigate the commotion, the father shot him, too. His six-year-old daughter had the good sense to hide in the bathroom, but reports suggest he lured her out by telling her it was just a game. The girl was found shot once in the chest from point-blank range. The mother, who he shot in the stomach, was pregnant at the time. Police arriving on scene after neighbors called 911 found the father in his car listening to the radio"

A Different Shade Of Blue