I carefully rearranged my senses
So they could have a conversation
Taught them to switch places;
From each pore in my skin grew shimmering eyes!
And fingerprints filled the eye sockets


From the ears grew two tongues
And I sang for people passing a strange song
Told them stories without moving my lips!
(Mouth half-open, still)
They assumed the words came from themselves;
These unfamiliar thoughts
And I sang to them:
Aaaaaa Aaaaa Aaaaaaaaaaaaa
fotky 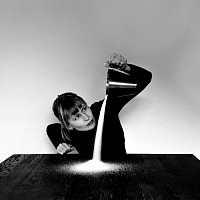 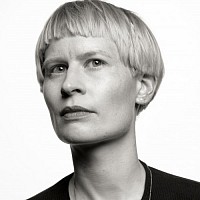 Such is the speech of the body:
The ribs painted their fingernails
(Black! of course)
And on the edges of the cunt
Grew little teeth!
The clitoris, that great sphinx, opened its eye:
So many blind years, acting Oedipus
Meanwhile the vocal chords were listening
For the wind howling
Whispering a familiar language of breath –
Secret tales for them to learn
Then from my veins came a strange itching
And I felt a pull through the shoulder blades
I should have seen it coming!
The blood was itching!
And etched a hole at the nape of the neck
It flew out into the night
Like a long, red ribbon to the sky
And up we went, blood and I, spread over the city
The dark sky lay against my skin
So close –
Like an eyelid