I have paced these forests for so long I don't know if I am man or I am beast.
I, though, hold deep within me a quest for revenge.
Then I must be a man as much as I can be.

A part of the Eternal Woods...
Late evening...
fotky 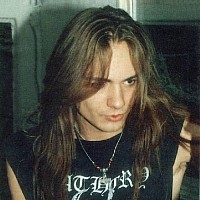 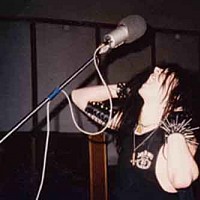 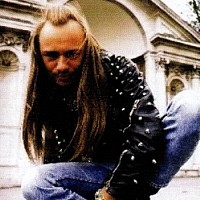 [&quot;Just after sunset on his way back to his camp after watching the sun unite]
[with the mountains in the west, he sees the flickering of light between the]
[tree trunks. Approaching, he sees an old man sitting calmly by a fire, as]
[if waiting for him. His left eye missing. His beard as if gold. The signs]
[on his cloak and hood familiar. The one eyed old man matches the]
[description of the soothsayer, as told by the elders of his village by the]
[fires at night when he only a child. The boy, now a young man, eager to]
[know, asks the one eyed old man about his dreams. Dreams he cannot]
[understand. Dreams about strange things he is seeing himself doing. Then]
[the winds that seem to talk to him. Voices that whisper to him behind his]
[back. The one eyed old man tells him of the cycles of the stars, of the]
[trail of fate and of the valley where time and space had ceased to exist...]
[where his world ends and the shadows begin. The one eyed old man tells the]
[young man that fate has chosen him to interfere with the other world. The]
[disturbance is already made. The daughters of the four winds have sold]
[themselves to the shadows, distorting the balance of the universe. And the]
[one eyed old man says he has seen him come for a thousand years, and that]
[the aging gods have told him to teach him all that he has ever known and to]
[prepare him to ride beyond his world and into the shadows as their champion]
[to restore the balance. To his aid he shall be given a sword forged when]
[this world was young. He shall be guarded and guided by two ravens, and he]
[shall ride the eight-legged stallion of his fathers' god. He will encounter]
[the Woodwoman, and he will make a visit to the Lake. One hundred days and]
[one hundred nights his training shall be hard. And this very night it will]
[already have begun.]
[And thus he had met the One Eyed old Man...&quot;]